Is Social Media Good for Society?

Around seven out of ten Americans (72%) use social media sites such as Facebook, Instagram, Twitter, LinkedIn, and Pinterest, up from 26% in 2008. [26] [189]. On social media sites, users may develop biographical profiles, communicate with friends and strangers, do research, and share thoughts, photos, music, links, and more.

Social media promotes community that can translate into or supplement offline relationships.

Using social media, people can have friends with similar interests in multiple cities, states, and countries. Closer to home, social media can help people find each other in a busy world, from mom groups and soccer leagues to book clubs and historical reenactment groups.

“[M]ost young people will say that social media and networked games are a lifeline to supportive connections with friends and loved ones. This was critical during the [COVID-19] pandemic when schools and sports were off limits. Social media can also be a way for young people to connect with others with shared interests and identities, which can be a lifeline for youth with marginalized or stigmatized identities such as LBGTQ+ youth or racial and religious minority youth,” explained Mizuko Ito, Professor of Information and Computer Sciences at the University of California at Irvine. [300]

And the opposite is also true, While social media “does not substitute for in-person contact. Relationships that might previously have gone dormant now persist over time [online]. As such, social media users tend to report that they have access to more social support and have lower psychological distress,” offered Keith Hampton, Professor of Media and Information at Michigan State University. [300]

Studies have shown that not only does social media participation not completely obliterate in-person friendships as once feared, but that online relationships are a key supplement that add to one’s well-being. People are able to share more of their lives with friends and family and may receive crucial support from groups they do not have in offline life. [301] [302]

80% of teens felt more connected to friends, 67% felt they had people to support them, and 58% felt more accepted because of social media. [303]

Traditional barriers to friendships are reduced or completely removed for adults who are no longer in school or do not have a pool of coworkers, particularly when working from home. Shy, introverted, or socially reticent people can use social media to reach out to potential friends with lowered barriers and risks. [304]

Social media can also promote school and work communities. The platforms allow students and parents to connect to each other as well as teachers and other school staff outside of school hours to establish relationships as well as connect with outside community members and experts for internships, interviews, and other opportunities. For work, employees can connect with remote coworkers and other companies for what used to be “water cooler chats,” as well as for global project collaboration, advice, and career networking. [305]

“Many of today’s youth take to digital spaces to develop their civic identities and express political stances in creative ways, claiming agency that may not be afforded to them in traditional civic spaces. The key difference between civic engagement by youth today and older, more traditional forms of action is the availability of digital technology, which provides a low-barrier-to-entry canvas for young people to create content that is potentially vastly scalable,” according to a 2020 UNICEF report. [306]

Social media creates a more equitable point of entry and space for continued civic and political activity than traditional spaces. This easy access “contributes to a sense of socio-political empowerment,” which, in turn, makes young people more likely to participate in offline political activities, including voting. [306]

Carla, a self-identified Latina young person, explained, “I feel like it’s my duty, that I come from a heritage of people that don’t have a voice, don’t have the opportunity to say something… it’s my duty to be like ‘this is wrong.’ And hopefully that inspires someone else to be like ‘oh, she’s right,’ or ‘oh, he’s right.’ And I want to be a part of that, so that’s why I do it. We’re a generation where we have a voice.” [307]

Meanwhile, many young people are taking responsibility to properly vet information they share. Jeremy noted, “I found myself becoming much more active [during an election] to some degree, in terms of reposting different pieces of information that I try to vet as much as possible… I found myself once or twice having to delete stories because of the information ended up being incorrect, and I felt like it was my obligation to immediately take it down.” [307]

Presidents Obama and Trump both used social media to an unprecedented degree to communicate with both US citizens and people abroad. “Social media not only enables the politicians to directly communicate with the citizens but also encourages political participation of citizens in the form of feedback via comments on social networking sites,” according to researchers. [309]

Social media bolsters inclusivity and diversity on- and offline.

Social media brings everyone together into one online space. With tools including hashtags and groups, people from diverse backgrounds who have similar identities, interests, or goals can find each other easily. For instance, “social media sites offer critical opportunities for lesbian, gay, bisexual, trans, queer, and other sexual and/or gender minority (LGBTQ+) youth to enhance well-being through exploring their identities, accessing resources, and connecting with peers.“ [310]

Similarly, people can explore people, cultures and ideas with which they are unfamiliar without judgment from their offline communities. Pew Research Center found that in a “survey of adults in 11 nations across four global regions… in many key respects, smartphone users – and especially those who use social media – are more regularly exposed to people who have different backgrounds.” [311]

Further, many companies extend their Diversity, equity, and inclusion (DEI) policies to online spaces, allowing not only employees but also diverse customers, clients, and others to be included equitably. For example, “bilingual social media content has emerged as a tool used to increase diversity and rights for minority groups. On Instagram, Twitter, Facebook, Snapchat, and other social platforms, organizations such as Tide Pods by Unilever have released bilingual images that support diverse communities. Nonprofits are currently producing bilingual content across the globe to increase equality further internationally. Bilingual social media content is now becoming a marketing tool for organizations to learn about other cultures worldwide. It can help them connect with their followers by using images that promote acceptance and understanding of cultural diversity,” according to Maria Ochoa, founder and CEO of Emprender Creative. [312]

Creating a diverse online space can translate into a diverse work environment as employees and customers of diverse backgrounds feel included and, in turn, interact with the company. [312]

Cyberbullying is “the electronic posting of mean-spirited messages about a person (such as a student) often done anonymously.” Specific types of cyberbullying include but are not limited to: flaming (online arguments with personal attacks), outing (revealing someone’s sexual orientation without permission), trolling (being antagonistic to start arguments), and doxing (revealing private information without permission). [313] [314]

Pew Research Center found 59% of American teens had been bullied online, including offensive name-calling (42%), false rumors (32%), unsolicited receipt of explicit images (25%), “someone other than a parent constantly ask where they are, who they’re with or what they’re doing” (21%), physical threats (18%), and non-consensual sharing of explicit images of the teen (7%). [315]

However, not only teens engage in cyberbullying or experience the effects. Kids as young as ten face cyberbullying, specifically racist attacks, globally. [314]

And 41% of American adults reported being harassed online, ranging from offensive name-calling (31%) to stalking (11%). Adults were most likely to be targeted for political views (50%), their gender (33%), race or ethnicity (29%), religion (19%), and sexual orientation (16%). 75% of adults who have been cyberbullied indicated the harassment happened on social media. [316]

The harms carry over into offline life. People under the age of 25 who were cyberbullied were more than twice as likely to “self-harm and enact suicidal behavior” than non-victims. [317]

Cyberbullying victims of any age are subject to mental, emotional, and physical harms, including upset, embarrassment, anxiety, shame, depression, loss of sleep, headaches, and stomachaches. Victims may be less productive or skip school and work. Some may turn to drugs and alcohol to cope with the distress. [318]

Cyberbullying can also have large-scale global implications. Amnesty International accused Meta (parent company of Facebook, Instagram, and WhatsApp among others) of fueling the Rohingya massacres in Myanmar. The organization stated: “The mass dissemination of messages that advocated hatred, inciting violence, and discrimination against the Rohingya, as well as other dehumanizing and discriminatory anti-Rohingya content, poured fuel on the fire of long-standing discrimination and substantially increased the risk of an outbreak of mass violence.” [319]

Social media platforms exploit and manipulate the impulse for like-minded people to gather by programming algorithms to show more information of the same vein and by not controlling the bots and trolls that spread misinformation. [319]

“Human biases play an important role: Since we’re more likely to react to content that taps into our existing grievances and beliefs, inflammatory tweets will generate quick engagement. It’s only after that engagement happens that the technical side kicks in: If a tweet is retweeted, favorited, or replied to by enough of its first viewers, the newsfeed algorithm will show it to more users, at which point it will tap into the biases of those users too—prompting even more engagement, and so on. At its worse [sic], this cycle can turn social media into a kind of confirmation bias machine, one perfectly tailored for the spread of misinformation,” explained Chris Meserole, Director of Research for the Brookings Artificial Intelligence and Emerging Technology Initiative. [320]

According to a 2022 study, “[d]isaster, health, and politics emerged as the three domains where misinformation [on social media] can cause severe harm, often leading to casualties or even irreversible effects…. [For example,] misinformation in these areas has higher potential to exacerbate the existing crisis in society.” [321]

Social media is a hotbed of privacy risks including but not limited to phishing, data mining, malware sharing, and botnet attacks. [325]

Only 49% of Americans had any confidence that social media companies could protect their private information, the least amount of faith afforded the organizations and businesses that collect private data including the federal government, cell phone service providers, and retailers. [326]

Moreover, while 74% indicated that control over shared private information was “very important,” only 9% felt they had “a lot of control” over the information. [326]

The Electronic Privacy Information Center (EPIC) argued, “​​the extraordinary growth of social media has given platforms extraordinary access and influence into the lives of users. Social networking companies harvest sensitive data about individuals’ activities, interests, personal characteristics, political views, purchasing habits, and online behaviors. In many cases this data is used to algorithmically drive user engagement and to sell behavioral advertising—often with distortive and discriminatory impacts.” [327]

Further, as EPIC noted, “tracking and behavioral advertising by social media companies is not limited to the platforms themselves. Firms like Facebook use hard-to-detect tracking techniques to follow individuals across a variety of apps, websites, and devices. As a result, even those who intentionally opt out of social media platforms are affected by their data collection and advertising practices.” [327]

Thus, social media compromises everyone’s data across the Internet, including “location information, health information, religious identity, sexual orientation, facial recognition imagery, private messages, personal photos, and more.” Much of that information can be used for identity theft, in-person robbery, and any number of other crimes. And, as noted above in the argument about cyberbullying, the release of such information could also result in stalking, outing LGBTQ+ people, and religious intolerance online. The information could also be used to influence opinions and spread misinformation among vulnerable people. [327] [328]

Additionally, information gathered from social media can be used by insurers to deny health coverage or home insurance, businesses to deny employment, and others to make decisions. [329] 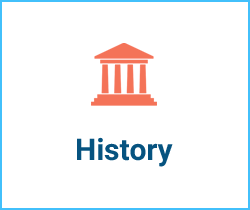 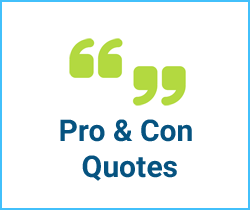 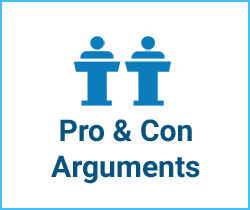 Our Latest Updates (archived after 30 days)